Dry January comes to an end

We have seen an enormous amount of activity in our services during January to support Dry January; Alcohol Concern’s flagship campaign which has been changing the conversation about alcohol over the past 5 years.

Without prompting it seems that some of our services have locked into a mocktail competition, one of them being Wokingham. Here’s what they have to say…

“What a month it’s been here in Wokingham for Dry January! We kicked it off with a display in the waiting area which included mocktail recipes, inspirational quotes and the benefits of giving up.  Alcohol has been a hot topic in groups with plenty of informative posters and fun activities such as poster making and we even started some cooking classes in Women’s group making some delicious leek and potato soup! To mark the end of Dry January we held a cocktail master class in which we made three different concoctions: Non – alcoholic fizz, Arnold Palmer and Nojito’s! Well done to all involved, let’s keep it going!” 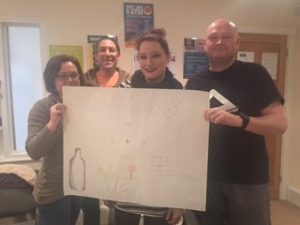 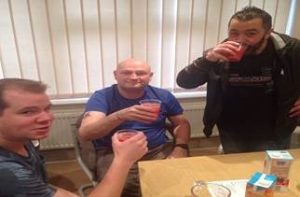 Be sure to check out our main Twitter feed to find out what our other services have been up to!